The American frontier was a time of great danger and adventure. Desperate outlaws roamed the land, preying on settlers and stagecoaches. But amid this chaos, there were always those who were quick-witted and resourceful enough to bring law and order to the Wild West.

In this blog post, we will discuss the history of Wild Wild West Steampunk and some of the key elements that make it so unique. If you are new to steampunk or just looking for more information on this fascinating genre, you have come to the right place!

What Is Wild Wild West Steampunk?

Steampunk is a subgenre of science fiction or speculative fiction that typically features steam-powered machinery, often in a setting inspired by industrialized Western civilization during the 19th century.

“Steampunk” can also be applied to works set in other periods or parallel universes that rely heavily on steam power. Steampunk often incorporates additional elements from the genres of fantasy, horror, historical fiction, alternate history, and dystopian fiction.

Steampunk works are often set in an alternative history of our world, such as the Victorian era, ancient China, or the American Wild West.

Wild Wild West Steampunk is a subgenre that combines the aesthetics of steampunk with the setting of the American Old West. It’s sometimes also referred to as “Western Steampunk.”

The Old West was a time of great opportunity and discovery. After the Civil War ended, many people headed westward, searching for gold, land, and a new way of life.

This was a time of lawlessness and danger, when outlaws roamed the wilderness and Native Americans fought to protect their way of life. Wild Wild West Steampunk takes all of these elements and reimagines them with a steampunk twist.

One example of popular Wild Wild West Steampunk is the hit television series The Wild Wild West, featuring characters Jim West and Artemus Gordon. They are part-time government agents and full-time steampunk heroes who use their knowledge of science and technology to fight crime and bring justice to the old west.

There are many elements that make up Wild Wild West Steampunk, but some of the most important ones are:

The Old West is a crucial element of steampunk, and cowboys and outlaws are an integral part of that. The cowboy archetype – an individualistic loner armed with a six-shooter and a horse – is the perfect embodiment of the steampunk spirit.

The outlaw, meanwhile, represents the dark side of the West: a lawless land where anything goes. This dichotomy is essential to the steampunk aesthetic, and it’s no coincidence that many steampunk stories are set in the Wild Wild West.

After all, what could be more steampunk than a world where gunslingers and outlaws roam the streets? In a way, the Wild West is the quintessential steampunk setting, and cowboys and outlaws are its most iconic characters.

Native Americans are often featured prominently in this subgenre, as they offer a unique perspective on the period. In many ways, Native Americans are the perfect embodiment of the steampunk aesthetic, with their traditional clothing and crafts providing a sense of history and their spiritual beliefs adding a touch of the otherworldly.

As such, they are often depicted as wise sages or mighty warriors, helping to create a sense of wonder and adventure. In addition to their visual appeal, Native Americans also add an important cultural dimension to Wild Wild West Steampunk.

Their presence reminds us that the Old West was not just a playground for white settlers but was also home to a rich tapestry of people and cultures. They help create a more diverse and exciting world for readers to explore.

The Frontier is another critical element of Wild Wild West Steampunk. The Frontier was the edge of the civilized world, where anything could happen and danger was always lurking.

This sense of adventure and danger is essential to the steampunk aesthetic, and it’s no coincidence that many steampunk stories are set on the Frontier.

The Frontier also provides an essential thematic element. It represents a time of change and opportunity when anything was possible and the world was waiting to be explored.

This sense of possibility is central to the steampunk ethos, and it’s one of the things that makes this subgenre so unique and exciting.

Stagecoaches and trains are two of the most iconic images of the Old West, and they play a vital role in Wild Wild West Steampunk.

Both stagecoaches and trains represent a time of change and progress when the world was becoming more connected. This sense of progress is very important in the steampunk genre.

This type of machinery represents a time when the world was becoming more industrialized, and people were able to harness the power of steam to create remarkable new technologies.

Steam-powered machinery is a massive part of the steampunk world. In fact, it’s the main driving force behind the steampunk aesthetic.

How to Create a Steampunk Look

Steampunk can be as simple or complex as you want it to be. Start with a basic foundation of clothing items that you might find in your closet or at a thrift store, and then add steampunk-inspired accessories to create your unique look.

If you’re unsure where to start, take a cue from some of the most popular steampunk characters, like Jules Verne’s 20,000 Leagues Under the Sea Captain Nemo or The League of Extraordinary Gentlemen’s Allan Quartermain.

Top hats, corsets, vests, long coats, and breeches are all popular choices for steampunk-inspired fashion. To complete the look, add some steampunk-themed jewelry and accessories, like pocket watches, goggles, or parasols.

Create a Steampunk Look for Your Home

Start with some essential furniture pieces in rich wood tones, then add some steampunk-inspired accents, like clocks, lamps, or vases.

Finally, don’t forget to add a few personal touches, like family photos or art pieces that reflect your unique style.

Wild Wild West Steampunk is a unique and exciting subgenre that features a wide variety of iconic elements. From its focus on the Frontier to its use of steam-powered machinery, this offers readers a chance to explore a fascinating and unique world. 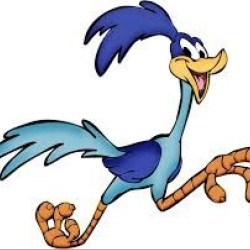